Turkish checkers online, Play turkish draughts; a game popular in the Middle East countries played on an 8x8 board with 16 pieces (white and black); pieces move straight or sideways, not diagonally; maximum capture is required


Men move forward or sideways only (no moves or captures backwards). Kings can move or jump any number of squares (horizontally or vertically).

It is obligatory to capture the maximum number of the pieces if more than one capture is possible.

Pieces are removed from the board immediately after capture. Man becomes a king immediatelly after reaching the last row (including during capture). 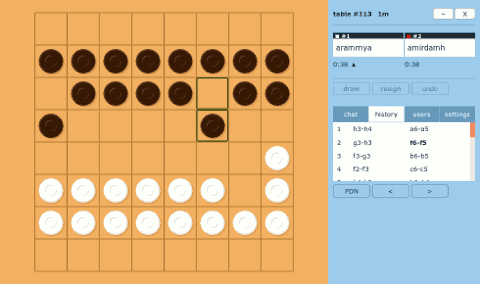